I grew up in Kalgoorlie, Western Australia where I was constantly regaled with stories of larger-than-life men and woman trying to eke out their lives in an inhospitable environment. My father, Alf and my uncle, William John Sheehan, (a veteran of the hugely successful Timor campaign of WW2) provided a canvas upon which the military and social history of Australia would paint their indelible images.

I studied English Literature, English and History at WAIT which evolved into Curtin University. I taught at numerous secondary high schools and ended my teaching career as a Head of the English Learning Area after 38 years. During my teaching career, I wrote a book on the history of two-up on the Eastern Goldfields and it was here I caught a glimpse of the nuggets that would light up our military history. My uncle was the ring keeper for the Kalgoorlie two-up school and a member of the 2nd Independent Company which later became the 2/2 Commando Squadron. Their exploits in Timor became the basis upon which the SAS was set up at Campbell Barracks in Western Australia.

Our history, military and social, is as rich and multifaceted as the tales that Hollywood created to breath life into Jesse James, Wild Bill Hickok, Kit Carson and Geronimo. We owe it to future generations to mine and smelt our military history. They will need these stories to find their distinctive Australian voice. 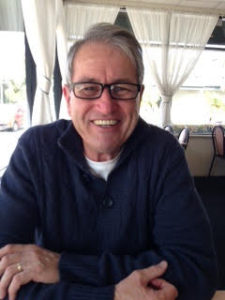